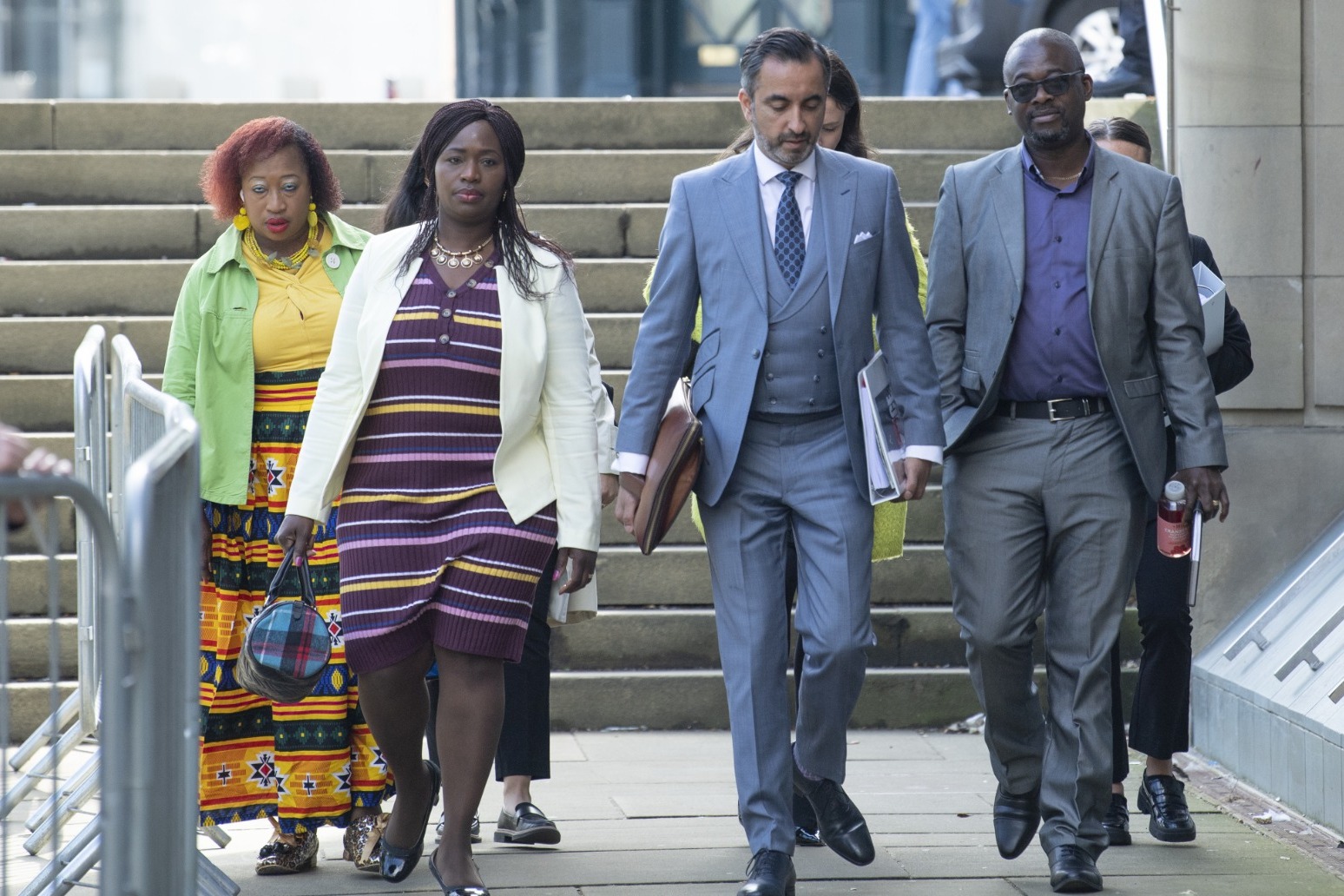 A black man who died after police restrained him was in a “rage or zombie state”, one of the first officers on the scene said as he insisted his race had no impact on his decision to use Pava spray on him.

Sheku Bayoh, 31, died on May 3, 2015 after he was detained by police in Kirkcaldy, Fife, and an inquiry into his death is being held in Edinburgh before Lord Bracadale.

Pc Craig Walker, who the inquiry heard weighed 25 stone at the time of the incident, responded to 999 calls about Mr Bayoh carrying a knife and attacking vehicles in Hayfield Road just after 7am.

He and colleague Pc Alan Paton were diverted from another call to the scene, where they found Mr Bayoh and rapidly deployed their incapacitant sprays.

Inquiry counsel Angela Grahame QC said a statement taken from the 41-year-old officer said he “formed the opinion that (Mr Bayoh) was physically capable of causing serious injury to someone, and was clearly in some sort of ‘rage’ or zombie state”.

The inquiry was told that when they arrived on scene, Pc Walker, who has 17 years of service, “saw a muscular male who fitted the description of the suspect”.

In the statement read out to the inquiry on Thursday, Pc Walker said: “He was very broad about the chest and had a strong build.

“This is what informed my initial thoughts on the level of threat and potential resistance I would face.

“It was for this reason, combined with the information I had received on my PPR (radio), that I made the decision to deploy Pava spray straight away.

“I thought that this would incapacitate him and would also allow me to keep a safe distance from a male who was thought to be armed with a knife.

“Had he complied with our verbal instructions, the Pava spray would not even have been used.

“Mr Bayoh’s race did not impact upon my views.”

The inquiry, at Capital House, heard that when the two officers arrived on scene, Pc Paton told Mr Bayoh: “Get down on the f****** ground.”

Pc Paton, who has not yet given evidence, then used his CS spay, but the inquiry was told by Pc Walker he had doubts about how much of the spray reached Mr Bayoh.

“Pc Paton was back-stepping whilst engaging with the male, he held a constant distance from him, but the male was always constantly walking towards him, which probably explains the urgency as he swore when he tried to make the male stop.”

He said the gap between Mr Bayoh and Pc Paton was being closed down.

The inquiry was told there was clear instruction, and that taking into account officer safety, the fact Mr Bayoh could have had a knife, and the road was open to passers-by, meant he thought Pc Paton had done what was expected of him.

Pc Walker said: “We have numerous credible witnesses stating that he’s in possession of a big knife, he’s coming towards us, he’s not engaging… he’s got a stare about him.

“It felt like a dangerous situation, and he was closing the gap rapidly, so the spray was deployed.”

He added he was afraid of being injured, and Mr Bayoh had a “vacant or thousand yard stare”.

Pc Walker told the inquiry he used his Pava incapacitant spray on Mr Bayoh after the 31-year-old began walking towards him.

He said it had no effect on Mr Bayoh, and he suffered mild effects from his spray when Mr Bayoh “flicked” it away.

In his statement, he said he next became aware of Mr Bayoh chasing a third officer, Pc Short, who had arrived on the scene.

The statement said: “It was clear to see Pc Short was in a state of panic as she ran away from Sheku Bayoh.

“He was about four feet behind her, I turned away briefly to communicate with Pc Paton and as I looked back to see Pc Short again, I saw she was falling to the ground with the male right behind her.”

He said he formed the opinion that she had been pushed.

Earlier on Thursday, Pc Walker told the inquiry he had initially considered that the incident could be a “suicide by cop” scenario as it took place near a mental health unit.

He said that scenario was not very common in Scotland, but he thought of it because of the “overt nature” of Mr Bayoh’s actions.

“He was running about with the big knife and it was generating a lot of calls,” the officer said. “That was the only thing. That he wanted police presence there.”

Ms Grahame asked him: “Did it have anything to do with the fact the man was black?”

The QC asked: “If the man had been white who had been attacking vehicles with the knife, would you still have had that thought pass through your mind about suicide by cop?”

Pc Walker said: “Yeah, anybody can suffer from a psychiatric episode.”

In his statement, Pc Walker also said he was mindful “we are on a severe threat level for attacks on the police”.

Asked what he meant by that, he told the inquiry: “At the time the terror threat to the police was severe and an attack on the police was highly likely.

“My initial concern was the overt nature of what he was doing, maybe he was looking for the police to go out there.”

The inquiry heard that when officers arrived, Mr Bayoh was not striking vehicles, appeared not to have a knife, and there had not been members of the public nearby.

“We have no reason to doubt that he’s had or still has possession of a knife, just because we can’t see it.”

The inquiry, which is examining the immediate circumstances leading to the death of Mr Bayoh, how the police dealt with the aftermath, the following investigation, and whether race was a factor, will continue on Friday. 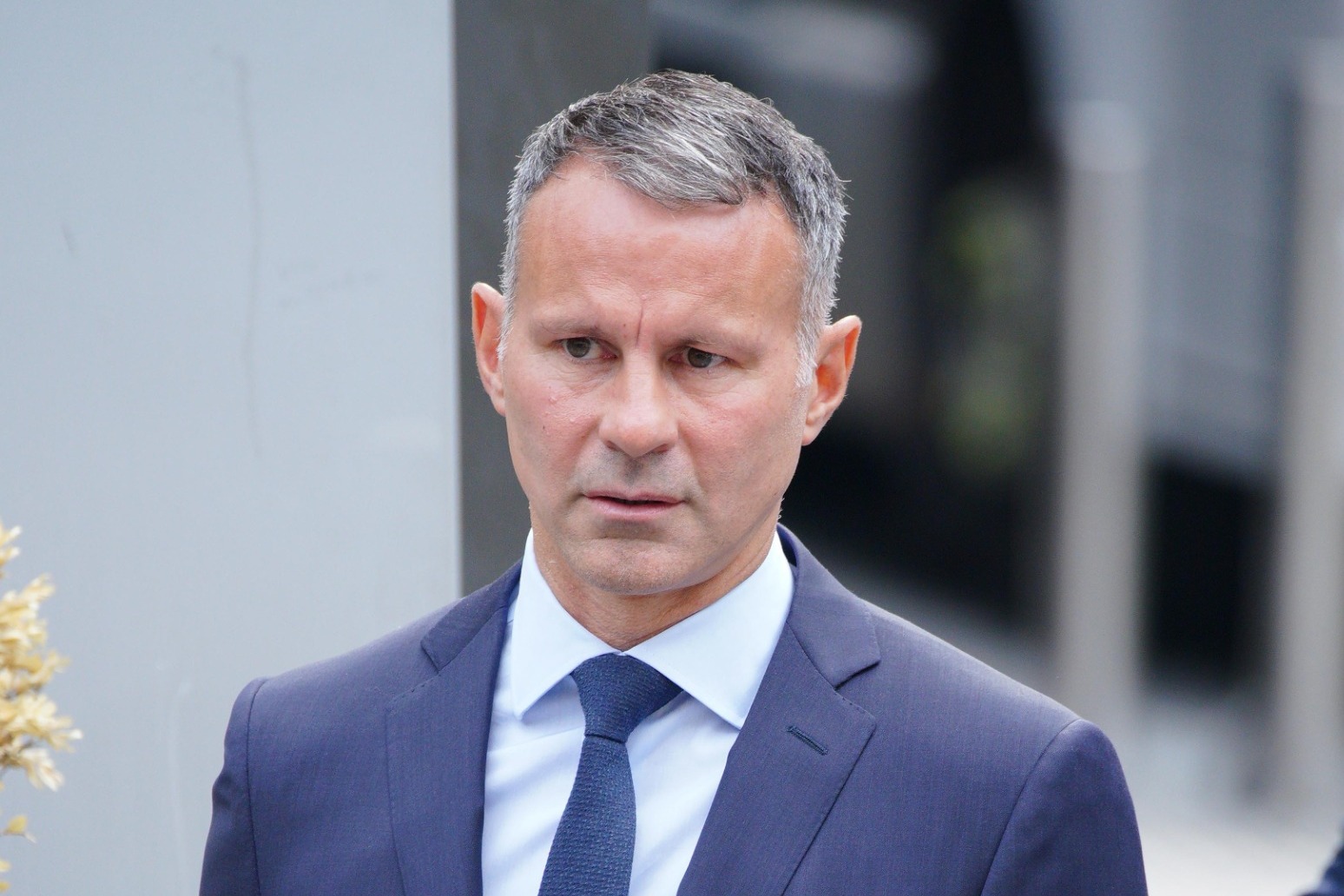 elsa roodt said that q communications had “no other option” than to try to block giggs’ emails as his ... 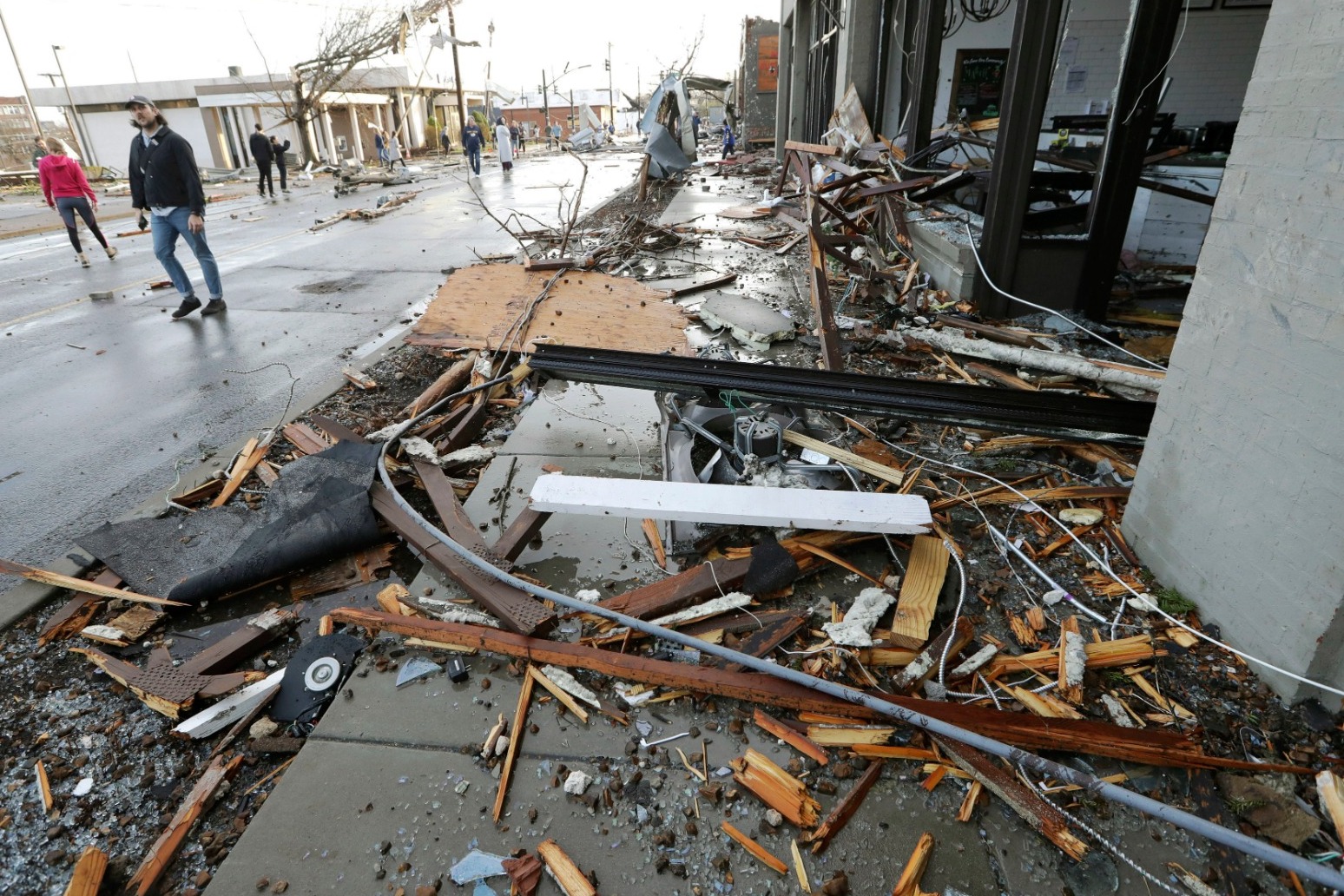 Death toll rises after US tornadoes

governor bill lee announced the increase at a news conference on tuesday afternoon where he was accompanied by nashville...