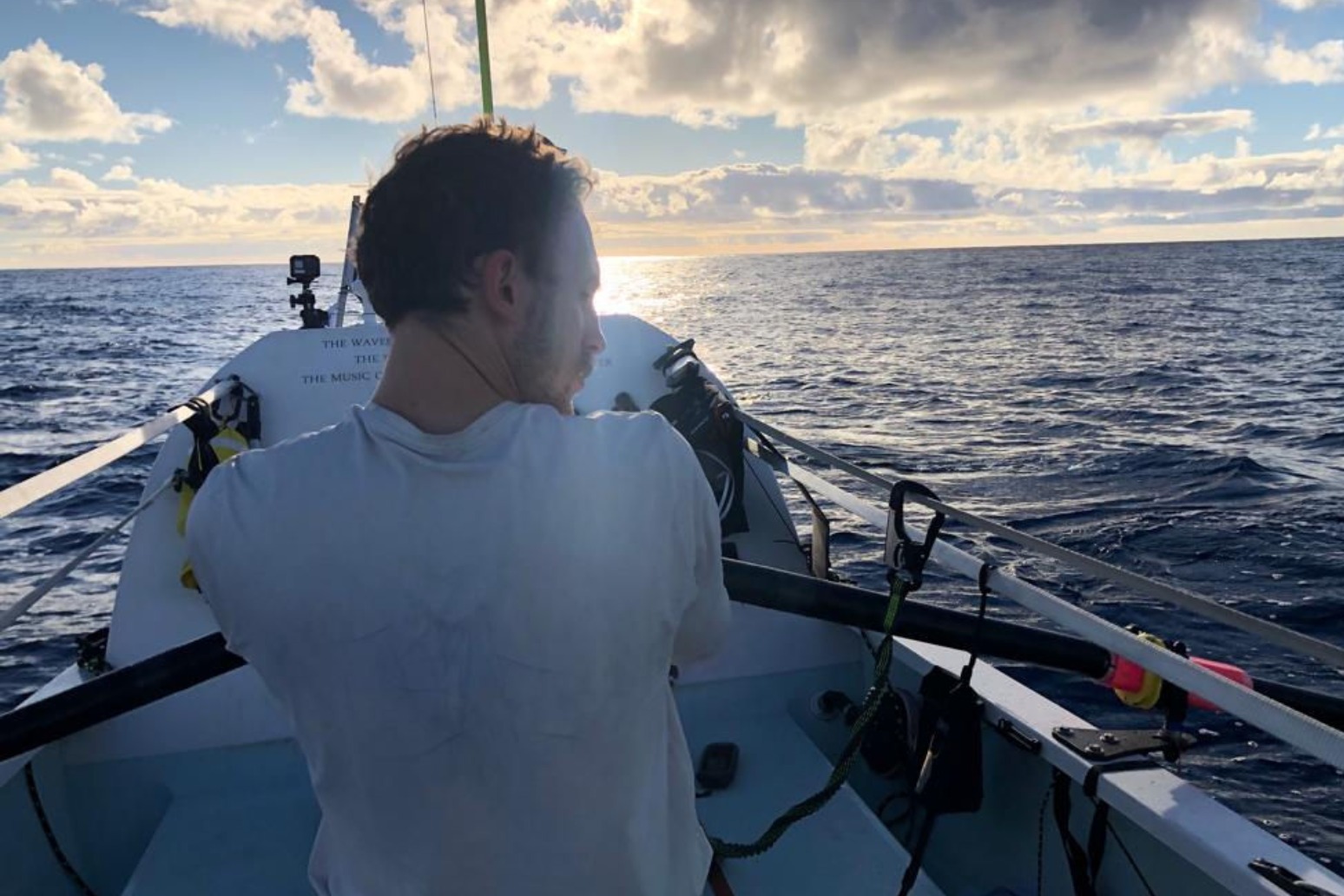 Three brothers who are rowing across the Atlantic will celebrate Hogmanay with a dram of whisky and bagpipe music on the ocean waves. The MacLean siblings, from Edinburgh, are now more than halfway through their 3,000-mile journey after setting off from La Gomera in the Canary Islands on December 12.

The team, named Broar, are expected to arrive in Antigua in the Caribbean before the end of January 2020 and hope to raise more than £250,000 for charities Feedback Madagascar and Children First.

They hope to become the fastest trio in history to row the Atlantic in the Talisker Whisky Atlantic Challenge.

Lachlan MacLean, 21, Jamie, 26, and Ewan, 27, will take a break from the oars to enjoy a dram of a special blend created by their father, whisky expert Charles MacLean, and Jamie will play the bagpipes on Hogmanay.

Ewan, a product design engineer for Dyson, said: "Spirits are high but the toughest thing now is trying to keep morale up.

"We're suffering on the oars for 16 hours a day, with very little sleep. We've faced dehydration, power issues and some horrendous weather, but it's little things like a wee dram at New Year and taking a moment to play music together that keep us going.

"We have learned a lot about ourselves and each other, mostly the need to be stronger than our excuses."

The boys face tough conditions with waves of up to 40ft and a gruelling schedule, rowing for two hours alternating with one hour of rest on their voyage.

They took some time out from rowing to enjoy a can of Tennent's on Christmas Day and are looking forward to whisky at New Year.

As part of their training, Broar visited the distilleries on the West Coast of Scotland.

Their father has used bottles donated by the distilleries, along with 100 litres of grain whisky, to create a special blend, bottles of which will be sold to raise money for the charities, while a taster has gone with the siblings on their voyage.

Charles MacLean said he is very proud of his boys for taking on the challenge and speaks to them regularly via satellite phone.

He said: "Morale is high, they have had their ups and downs but morale has remained high. They are in good shape both physically and mentally.

"I am terribly proud of them, it is such an endeavour.

"My wife and I were extremely nervous, it's like having all your eggs in one basket, and the Atlantic can be merciless.

"But their training and fitness and the safety regulations the organisers insist upon are so thorough that if they are sensible not a lot can go wrong."

The brothers are already more than halfway towards their fundraising target thanks to a combination of events and support from individuals and businesses across the world.

Children First is Scotland's national children's charity, while Feedback Madagascar works with some of the poorest communities in Madagascar to improve their lives and their environment.

Jamie Spencer, managing director of Feedback Madagascar, said: "What the boys are undertaking to ensure clean water for over 6,000 people in rural Madagascar is unbelievable.

"When we're all enjoying ourselves, these three brave lads are in the middle of the Atlantic Ocean rowing day and night.

"The very least they deserve is a tipple to bring in the new year while they take a short break!"

Donations can be made through the team's website https://www.broar.co.uk/.

the man was arrested inside the ground after officers carried out a number of proactive inquiries in a bid to identify t...

talks continued until just before the 2019 budget targets were announced, sparking a sell-off of state bonds and revivin...