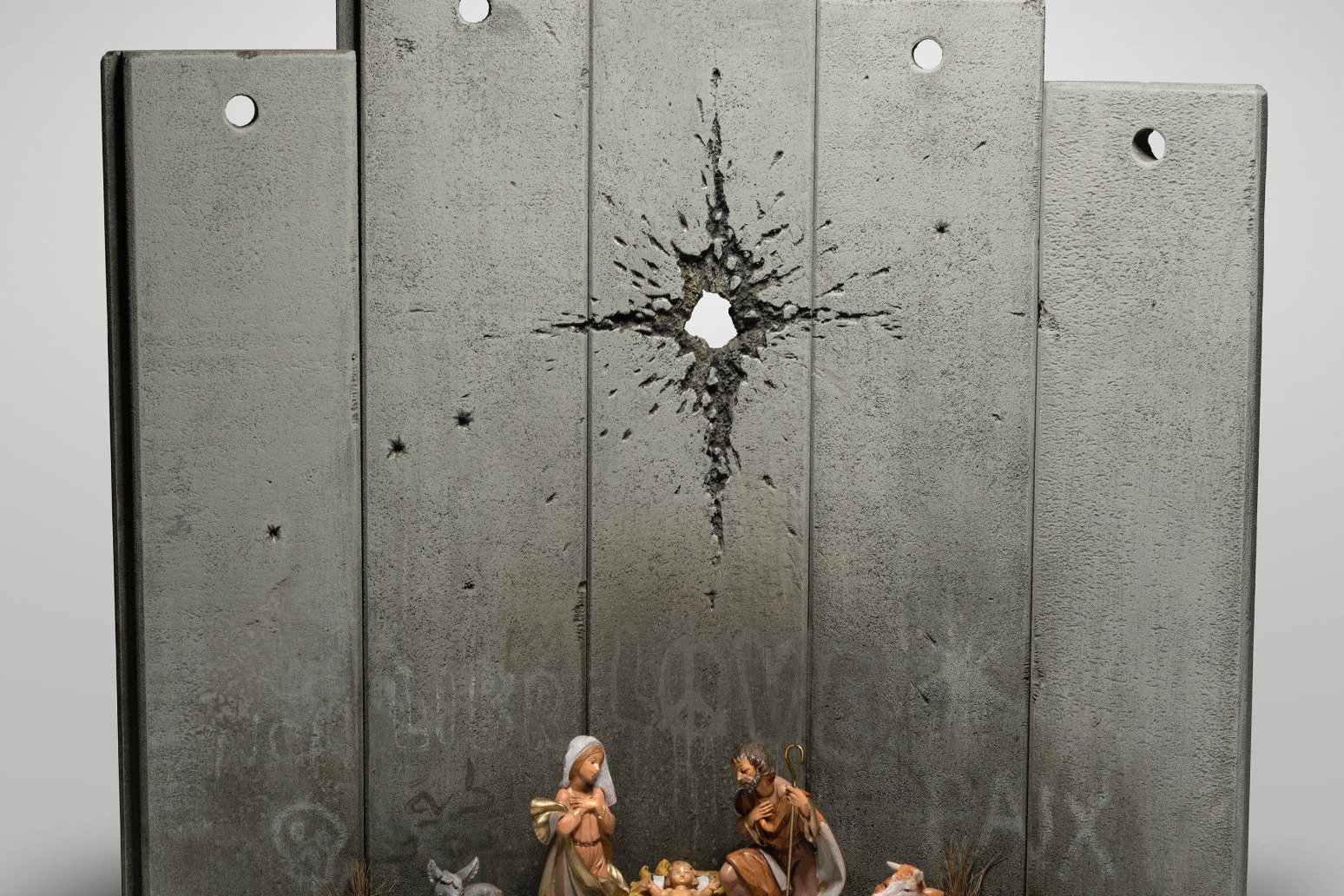 The controversial artist's latest piece - his take on a nativity scene - has been unveiled at his hotel in Bethlehem.

The "Scar of Bethlehem" artwork features a nativity scene with Mary and Joseph and the baby Jesus - but instead of a star hanging over the crib, there is what appears to be a large bullet hole piercing an imposing grey wall.

The piece has appeared in the Walled Off Hotel, Banksy's property which overlooks the border wall in the divided city.

Opened two years ago, the hotel is billed as having "the worst view of any hotel in the world" and is filled with original Banksy artwork.

The highlight is room number three, known as "Banksy's Room", where guests sleep in a king-size bed underneath Banksy's artwork showing a Palestinian and an Israeli having a pillow fight.

The artist is known for making political statements with his graffiti, and has made previous forays into the Palestinian territories.

In one secret visit, he drew a girl being pulled upwards by balloons on the dividing wall, and he is believed to have sneaked into Gaza to draw four street murals, including one on a metal door that depicted the Greek goddess Niobe cowering against the rubble of a destroyed house.

40 people investigated over abuse and exploitation in Rotherham

as part of the latest investigation, which falls under operation stovewood, the individuals aged between 29 and 53, from... 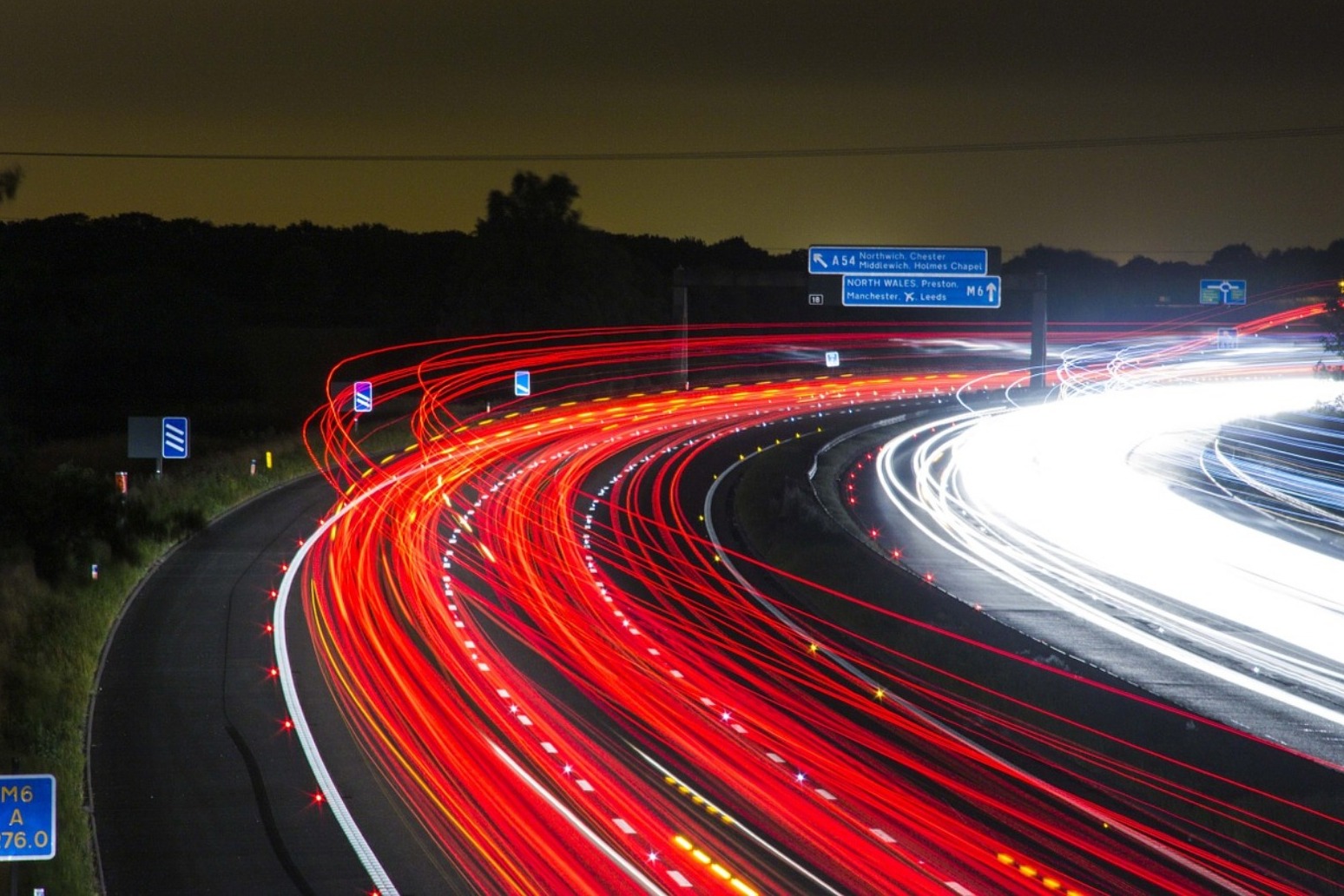 motorists, particularly those driving high-sided lorries, caravans and motorcycles, are advised to check the weather and...