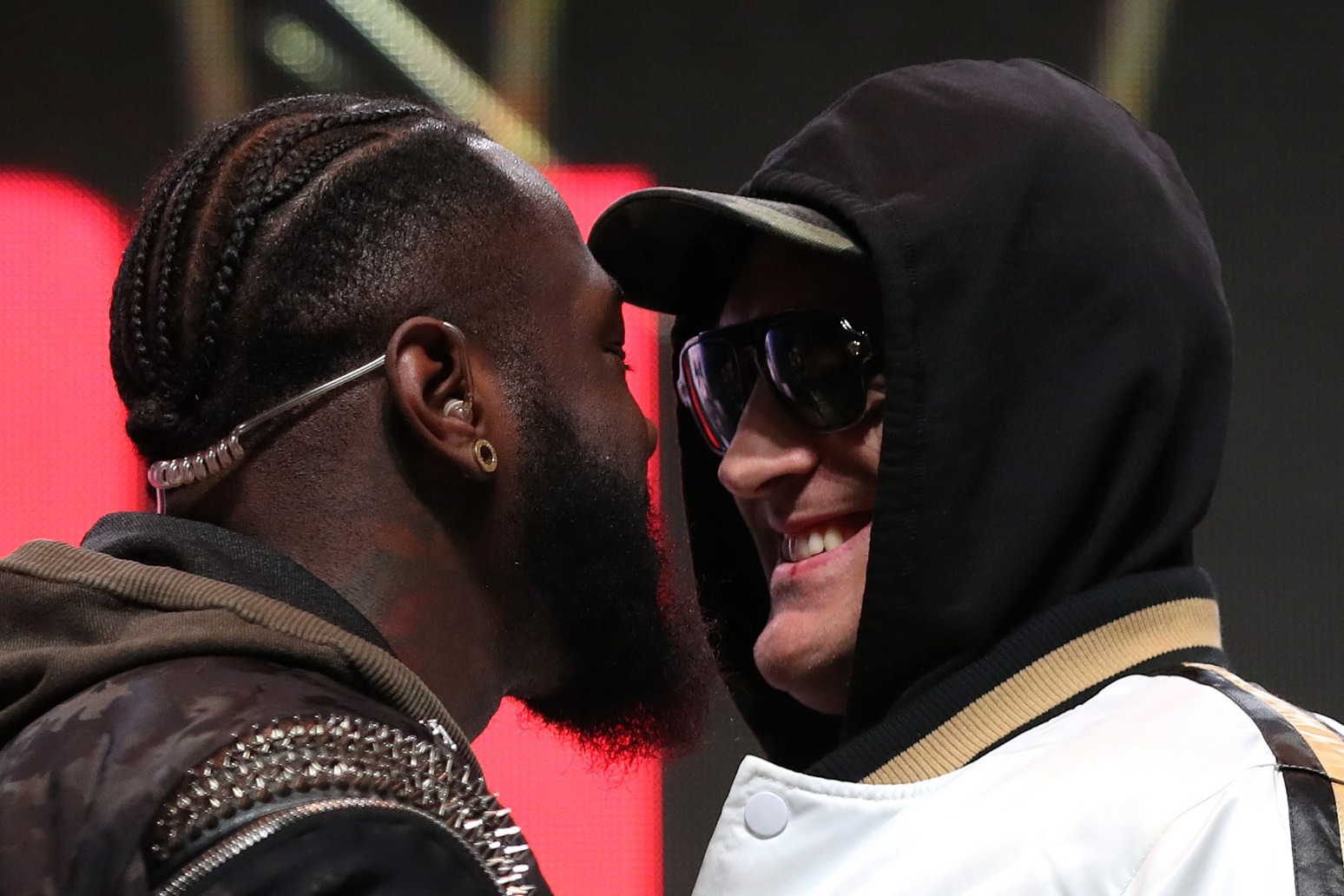 Tyson Fury labelled Deontay Wilder “weak” before a blazing argument erupted between the heavyweights at their final pre-fight press conference, leading to a traditional staredown being scrapped.

Fury defends his WBC title on Saturday against a fighter he defeated to become champion, and it was the outcome of that bout 20 months ago – and Wilder’s unfounded allegations of cheating – that was the catalyst for a heated row.

Wilder had earlier doubled down on his assertion that Fury had only prevailed in their second fight because of underhanded tactics and said: “I don’t regret it, I will go to my grave believing in what I believe in.”

But in his closing remarks, Fury, who was accused without any evidence of tampering with his gloves last time out, asked why Wilder had brought in new trainer Malik Scott and overhauled his preparation for this trilogy contest.

Fury said: “I ask the question, if I only won because I cheated, what was the point of changing everything and doing all this other work?

“Deep down in his soul, he knows that he lost and he’ll lose again. After this fight he’ll be back working in that fast food chain that he was working at earlier on in his career. It’s retirement for him.

“You’re in denial and you’re getting knocked out. Do yourself a favour and retire, your legacy’s in bits, all the excuses, you’ve been destroyed. No one’s even believed you, everyone’s laughing at you. You’re a weak man.”

Wilder countered that he saw “nervous energy” from his rival, but with tensions approaching boiling point, Fury’s co-promoter Bob Arum shouted from off the stage there was to be no head-to-head at the end of an edgy affair.

The first fight between the duo in December 2018 ended in a controversial draw before Fury wowed in the return contest, flummoxing many observers by taking the attack to Wilder and stopping him in the seventh round.

It marked the first defeat in Wilder’s 44-fight professional career but the Alabaman made a series of bizarre excuses in the aftermath, from the weight of his ring walk costume draining his legs to Fury “cheating”.

Coach Mark Breland was dispensed with as punishment for throwing in the towel against Fury, which meant former heavyweight Scott, who was knocked out in the first round by Wilder in March 2014, was brought into the team.

Dressed in a red tracksuit on Wednesday, Wilder said: “I know things for a fact, I have confirmation, clarity of a lot of things. It only made me better as a man, as a fighter. It made me even hungrier than before.

“I wouldn’t take it back, I needed it, it was a blessing in disguise. I am ready to go now. I have dedicated myself, devoted my time and my body, me and my team, reinvented. I am ready to reintroduce myself to the world.

“Prepare yourself on the battlefield and get ready for war because this is going to be an amazing fight. As you see, I’m wearing my red outfit so I want to beckon blood and I’m looking forward to it.”

The unbeaten Fury, standing up throughout the media obligation with his opponent sat down, had a dim view when asked to respond to Wilder’s remarks.

Fury added: “I don’t care because obviously it’s coming from an unwell person. He accused me of everything: His team, his trainer, the suit, injuries, the State Athletic Commission of Nevada, the referee.

“If he’d have come out with one of these excuses, it would have been believable but not 50 of them. He can believe what he wants, what it tells me is that he’s a weak person who I’m going to knock spark out on Saturday night.”

the 48-year-old replaced arsene wenger in may 2018 but was unable to take the club back to the champions league, finishi...