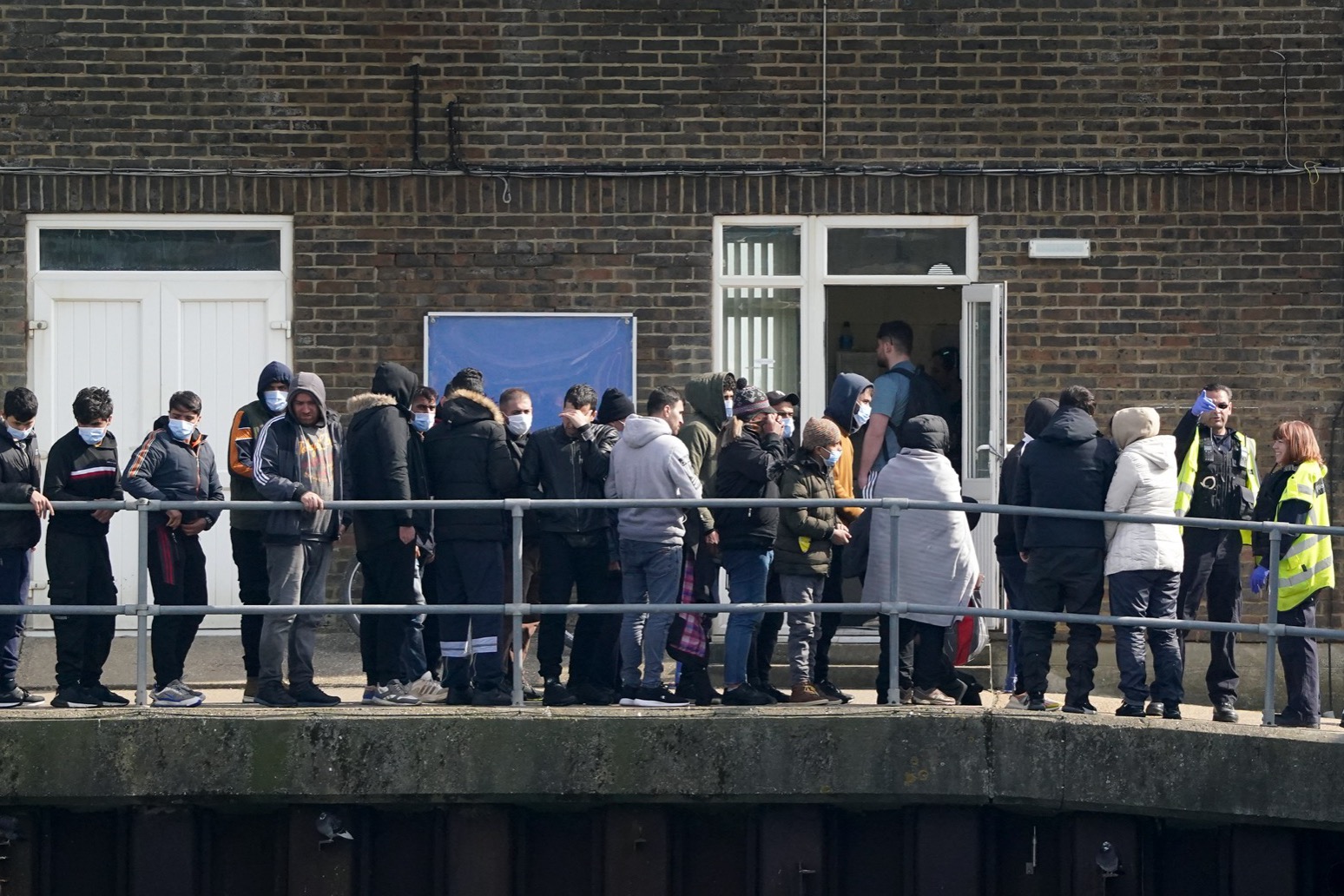 Babies wrapped in blankets were carried to safety as more people arrived in Kent after crossing the English Channel.

Several children, including some who appeared to be only a few weeks or months old and others who were too young to walk, were among the large numbers of people seen being brought ashore in Dover on Tuesday.

Crossings have continued this week amid warm weather and calm seas.

The number of people who arrived on Tuesday is still being calculated by the Home Office.

Authorities rescued or intercepted 213 people on six boats on Monday, the department said.

Since the start of the year, more than 2,800 people have reached the UK after navigating busy shipping lanes from France in small boats, according to data compiled by the PA news agency.

That is more than three times the amount recorded this time last year.

On Tuesday last week 405 people made the crossing to the UK, in what is thought to have been the highest daily total so far in 2022.

Commonwealth Globe unveiled at Tower of London for Platinum Jubilee

the blue globe, which sits inside a silver crown on a blue and gold cushion, will become a centrepiece in a beac...

Fresh rail strikes are to go ahead later this month

train drivers at 12 operators are to stage a fresh strike in the long-running dispute over pay, threatening more travel ...